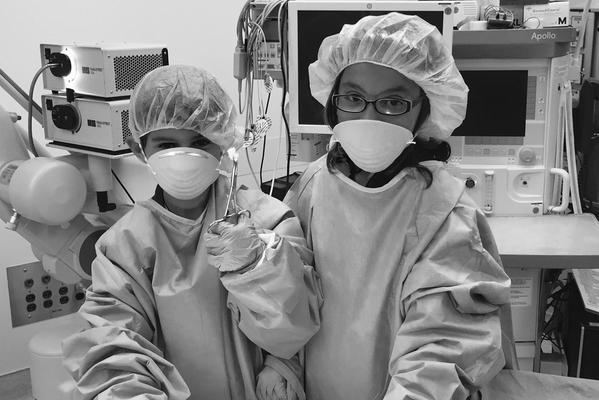 Intrauterine insemination (IUI), also referred to as artificial insemination, involves the use of a catheter to insert sperm directly into the uterus. IUI increases the amount of sperm that reaches fallopian tubes and improves the probability of fertilization.

IUI is recommended in patients with unexplained infertility, use of donor or frozen sperm, if there is an unfavorable cervical condition, or for males with ejaculation dysfunction. IUI can be performed in a natural cycle without fertility treatment, or done in conjunction with fertility medications including oral medications such as Clomid (clomiphene citrate) or Femara (letrozole), or injectable hormones.

Ovulation induction is the process by which medications are given in order to help a woman ovulate. For women who ovulate irregularly or not at all, we use medications – either oral medications (clomiphene citrate or letrozole) or injections (gonadotropins), to help the development and growth of a follicle(which contains an egg) and ultimately ovulation. For women who ovulate normally, these medications may improve the chances of becoming pregnant by stimulating the ovaries to produce more than one follicles (eggs) and the subsequent ovulation of more than one egg. In women who do not ovulate, clomiphene or letrozole, rather than gonadotropins, is often recommended as an initial treatment. The advantages of clomiphene or letrozole compared to gonadotropins include ease of oral administration, lower cost (of the medication itself, as well as the monitoring), lower risk of multiple pregnancies, and reduced time commitment (related to monitoring during treatment).

The ovulation induction medications are taken once per day, generally in the evening. After taking the oral medications or after a few days of injections, a pelvic ultrasound is done to measure follicle growth, and possibly a blood test to measure hormone levels. Depending upon the results of these tests, the gonadotropin dose may be increased or decreased. Blood testing and pelvic ultrasound may be repeated three or more times during a cycle. For women who do not ovulate on their own, the goal is to have one follicle that is approximately 15 to 18 mm in size. When there is an appropriately sized follicle a single injection may be required to help mature the developing egg. If three or more follicles (greater than 15 mm each) are seen, the cycle may be cancelled due to the risk of becoming pregnant with twins, triplets, etc. In some situations, the cycle may be converted to IVF, so that we can have control of the number of embryos that are placed in the uterus.

The side effects of ovulation induction medications are usually minimal. The ovaries, however, become somewhat enlarged during treatment, and this can cause abdominal discomfort, and in more severe cases, nausea and vomiting. The main risks of clomiphene and gonadotropin therapy (less so with letrozole) are the development of ovarian hyper-stimulation syndrome (OHSS) and conceiving a multiple pregnancy.  OHSS is a condition in which the ovaries become moderately to severely enlarged and multiple follicles develop on the ovaries. In severe cases, the woman may develop severe abdominal pain, vomiting, blood clots in the legs or lungs, and fluid imbalances in the blood. Moderate OHSS occurs in less than 6% of cases and severe OHSS occurs in less than 2% of women undergoing treatment with gonadotropins.

There are several different protocols available for ovarian stimulation for IVF – each slightly different from the other. Doctors will select the best protocol for the patient based on the patient’s history and ovarian reserve testing. Sometimes the treatment cycle starts with taking birth control pills. The benefit of this is to be able to manipulate the menstrual cycle to make it predictable.  Birth control pills will not affect the future ability to get pregnant, but actually sometime help to produce a synchronously growing batch of follicles.

After a period of time on birth control pills, approximately 8-12 days of gonadotropin hormone injections follow. The duration of injections is dependent on each patient’s response and this response is monitored closely with frequent ultrasound and bloodwork (every 2-4 days).

When the size of the leading follicles reaches an average diameter of 18 to 20 mm and the estradiol hormone level is appropriately elevated, it is time for the eggs to be “harvested.” A trigger injection to allow for the final maturation of the eggs will be administered in the evening 35 1/2 hours prior to the scheduled egg retrieval.

The egg retrieval process is an invasive procedure, which requires anesthesia and entails transvaginal aspiration of follicles to obtain the eggs. Once the follicles have been aspirated they are passed off to an embryologist for analysis.

If egg freezing is intended, then it will be done about one hour after removing the eggs.  If not planning to do egg freezing,  the eggs are cultured for a few hours (placed in a special solution and kept in an incubator)and fertilization is allowed to occur via conventional insemination (allowing sperm and egg to meet) or via intracytoplasmic sperm injection (ICSI) wherein the genetic material from the sperm is injected directly into the egg.

The fertilized eggs are, at this point, called embryos. The embryos are allowed to develop and are periodically assessed. Three to five days after the egg retrieval, the patient will have the embryo transferred back into the uterus if a fresh transfer is planned, or the embryos can be frozen for a future frozen embryo transfer (FET). During this time the patient will also start progesterone injections and/or suppositories to prepare the uterine lining for implantation. A pregnancy test will then be checked 10 days after the embryo transfer.

Risks associated with IVF include, but are not limited to, injection site reactions and OHSS; as the egg retrieval is an invasive process, there are also risks such as bleeding, infection, damage to internal organs though this is rare. There is an approximate 20-30%.  risk of multiple pregnancy with IVF.  Elective transfer of a single embryo is the optimal way to reduce this risk, though splitting of even a single embryo is possible resulting in identical twins. 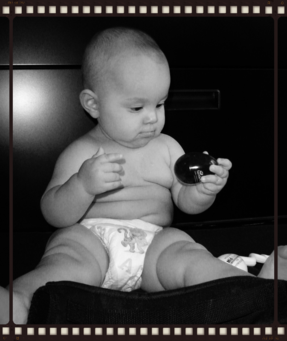 For women who are not ready to start their family at the present moment, oocyte cryopreservation, or egg freezing, is an option. Some women may wish to preserve their fertility if they are about to undergo cancer treatments that may decrease their future fertility potential, while others choose to freeze eggs if they are not in a relationship and/or are not ready to have children, but want to have the option to use eggs from their current young age if they have problems conceiving in the future.

The two most common methods of fertility preservation for females are embryo freezing and egg freezing. Embryo freezing is well established and increasingly there is data to that suggest that egg freezing is improving as a technique and it is an option we can offer patients who are not inclined to freeze embryos. In recent literature, several studies have reported better post-thaw egg survival, fertilization, and pregnancy rates with egg freezing compared to past research and, for this reason, a renewed interest in egg freezing has occurred.

The process of freezing the eggs is identical to an in vitro fertilization (IVF) cycle up through the egg retrieval process. In summary, with the patient administering injections to stimulate the ovaries to grow follicles, the follicles and hormone levels are closely monitored with ultrasounds and blood work. Once the follicles are ready and mature, the egg retrieval is performed. This is done under anesthesia and the eggs are then frozen.

There are two methods used to freeze eggs, the slow-freeze method and a faster method called vitrification. It is with the latter that we have seen better pregnancy rates and therefore this is the method that we use. The eggs remain frozen until a pregnancy is desired, at which time the eggs are removed from the liquid nitrogen and warmed.

If embryo freezing is desired, then this can be done with a partner or donor sperm. Again, the procedure is equivalent to a general IVF procedure. The egg and sperm are allowed to fertilize by mixing (conventional fertilization) or undergo intracytoplasmic sperm injection (ICSI). The fertilized eggs result in embryos and these are allowed to develop in incubators and subsequently frozen at the appropriate time.

Over the past few years, there have been a number of randomized controlled trials demonstrating that using frozen eggs is equivalent to using fresh eggs when comparing pregnancy rates and/or live birth rates. Most of this data is in women who are under age 38. Despite that frozen eggs are having pregnancy success rates similar to fresh eggs in some studies, there remain a limited number of established pregnancies and deliveries derived from frozen eggs compared to frozen embryos.

In the small number of studies that have been performed looking at babies derived from frozen eggs, there have been no increases observed in the number of abnormal or stray chromosomes. One follow-up of 13 children resulting from frozen eggs failed to reveal any abnormalities in the chromosomal composition, mean age at delivery, mean birth weight, or organ formation. In another 3-year follow-up study of 16 children born post egg freezing, one case of a heart defect was noted but there was no evidence of any intellectual or developmental deficits in any of the children.

Preimplantation diagnosis (PGD) is similar to PGS, but is able to look for specific diseases. PGD is very useful in certain diseases that have strong inheritance patterns and can prevent affected offspring.

Third party reproductive services are also available. These options include egg donors for women with poor quality eggs, premature ovarian insufficiency or poor responders to IVF.  There is also donor sperm available for lesbian couples, severe sperm defects or absent male partner. Additionally, a gestational carrier is an option for patients with uterine factors or medical conditions that may prevent the ability for a patient to carry a pregnancy​.